When you think of unhealthy holidays, Halloween may be one of the first to come to mind. With all the high-sugar, empty-calorie treats around, it’s not hard to imagine why. But, believe it or not, celebrating Halloween can actually offer several health benefits. 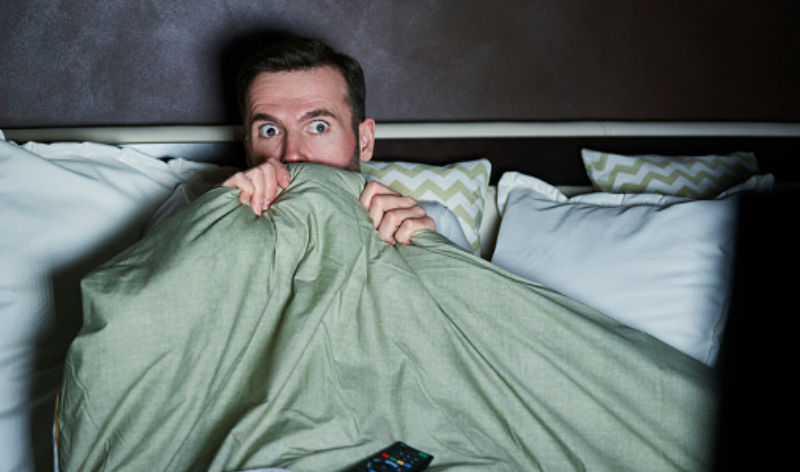 Researchers have shown that watching a scary movie can burn over 100 calories due to the rush of adrenaline the body experiences when faced with stressful visual stimuli.

Here are six reasons why indulging in the ghoulish holiday may not be as unhealthy as you think.

Some sweets can be healthy

Let’s face it: Most Halloween treats are very unhealthy, and we’ve even explored the health implications of some of your favorite sweets on our blog. But, not all of these goodies are necessarily bad for you. Dark chocolate, for example, can offer a host of health benefits when eaten in moderation. Despite being a high-calorie, high-fat food, dark chocolate is on the lower end of the glycemic index. It’s also a good source of antioxidants due to its high flavanol content. Flavanols are a type of polyphenol, a class of phytonutrients that have antioxidant and anti-inflammatory properties. The flavanols found in dark chocolate have been shown to increase blood flow via vasodilation, lower blood pressure levels, and reduce the risks of heart attacks and strokes.

In addition to heart health, dark chocolate can offer some benefits with respect to eye health. In a small trial, participants who ate dark chocolate had significantly improved contrast sensitivity and visual acuity for 2 hours following consumption.

Researchers have also shown that eating peppermint can aid in gastrointestinal pain relief and may offer antimicrobial protection against oral pathogens, while chewing gum can reduce stress, and improve attention and mood.

If you have young children, odds are that you’ll be trick-or-treating with them on Halloween. And while you may not think it, walking door to door with your kids can be somewhat of a workout. Consider that at a leisurely walking pace of 2.0-2.5 miles per hour, the average person can burn anywhere from 200-300 calories. But walking isn’t just good for weight management—it’s good for the whole body. Researchers have shown that even a single, short session of walking can have immediate health benefits, including increased blood and oxygen circulation throughout the body, reduced fatigue, and enhanced energy.

In addition to trick-or-treating, another surprising way to burn calories during Halloween is to watch a scary movie. In a small 2012 study, University of Westminster researchers found that watching a ≥ 90-minute horror flick can burn over 100 calories due to the rush of adrenaline the body experiences when faced with stressful visual stimuli. The researchers measured the total energy expenditure of 10 individuals as they watched a selection of horror movies.

“As the pulse quickens and blood pumps around the body faster, the body experiences a surge in adrenaline,” said study author Richard Mackenzie, PhD, former senior lecturer and specialist in cell metabolism and physiology at the University of Westminster, London, United Kingdom. “It is this release of fast acting adrenaline, produced during short bursts of intense stress (or in this case, brought on by fear), which is known to lower the appetite, increase the Basal Metabolic Rate and ultimately burn a higher level of calories."

Halloween is a festivity steeped in social activity—from pumpkin carving and haunted hay rides to trick-or-treating and scary costume parties—which can have positive effects on your immune system as well as your cognitive health. People who partake in social activities tend to have stronger immune systems than those who do not, at least according to researchers from Carnegie Mellon University and the University of Pittsburgh School of Medicine. In addition, experts have shown that engaging in social activities may support brain health, including protection against some neurodegenerative diseases like Alzheimer disease and dementia.

On a related note, celebrating Halloween with your friends and family can strengthen your relationships, which can lead to a longer life. Researchers have shown that those who have strong, meaningful social connections tend to be happier, have fewer health problems, and have longer lifespans. In one study involving nonagenarians and centenarians, for instance, researchers found that exceptional longevity was characterized by a number of factors, including strong bonds with family. In another study, researchers found that maintaining strong social relationships, starting from adolescence, increases life expectancy by reducing the risk of serious health conditions throughout a person’s life.

Shopping for a Halloween costume can actually be a great stress reliever (well, shopping for your own costume, not your child’s). Researchers have shown that retail therapy, when restricted to small splurges, can improve your mood by reducing levels of stress, anxiety, and depression. In one study, researchers evaluated survey responses as well as intended vs actual purchases from 158 adult shoppers during their visit to a mall. Overall, they found that 82% of shoppers who purchased unintended “self-treats” had improved negative moods post-purchase and did not demonstrate buyer’s remorse.

So go ahead and indulge in that chocolate bar or buy that Halloween costume. Doing so may just raise some spirits—including your own!